You are here: Home / Believe in the Mission Gala Special Guests 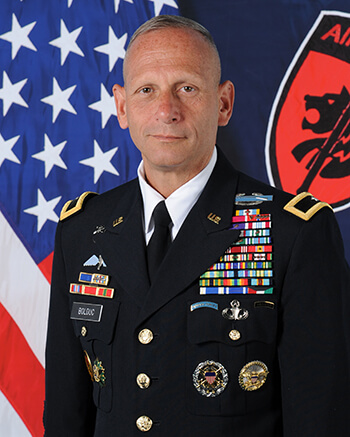 Donald C. Bolduc is a retired United States Army officer. He took part in Operation Medusa[2] as commander of the 1st Battalion, 3rd Special Forces Group. From 2010 to 2011, he served as Combined Joint Special Operations Task Force commander and from 2012 to 2013 as Commander of the Combined Joint Special Operations Component in Afghanistan where he started the “Village Stability Operations” program.[3] He served a total of 10 tours in Afghanistan.[4] 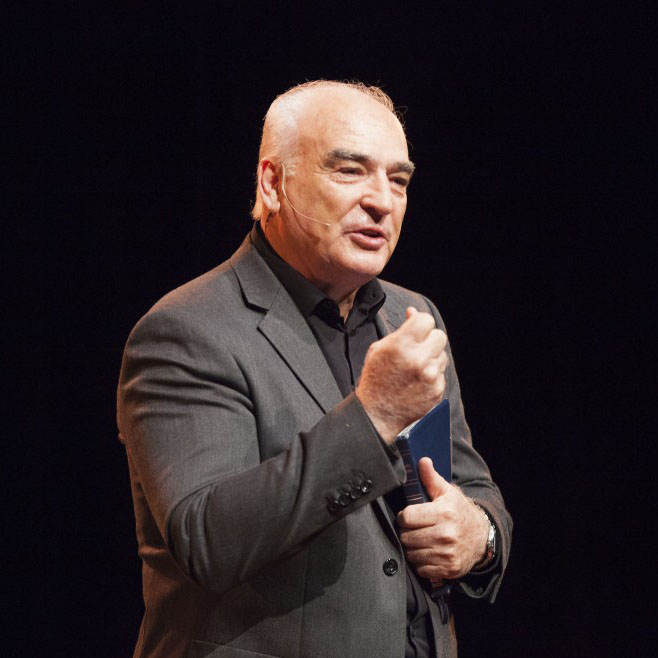 Tom Mullins is the founding pastor of Christ Fellowship Church. Christ Fellowship is a multi-site church of more than 40,000 people meeting on seven campuses around South Florida and online around the world.
Before founding Christ Fellowship, he was a successful football coach at both the high school and collegiate levels. He is also the co-founder of Place of Hope, a residential community of homes for neglected and abused children, in Palm Beach County, Florida, and Place of Hope International, which places children’s homes around the world.
Tom now travels and speaks nationally and internationally on behalf of EQUIP, diligently working to raise up Christian leaders around the world. A long-time EQUIP Leadership board member, Tom is currently serving as President, to guide national and international leaders in creating a transformation movement within their own nation.

Alan Mentser is an asset to any organization. With a background in project management, logistics management, cost containment, high-valued political and dignitary executive protection and security, and community service, the list goes on and on.

Alan has worked his way up through the ranks at the Palm Beach County Sherriff’s Office, starting as an entry level Service Technician, and is now the Facilities Service Project Coordinator for the entire agency.

Alan has also owned The Affordable Home Company since 1982, which has remodeled and built numerous houses. Alan has volunteered with his organization, Racing to the Rescue, which began almost 15 years ago as a children’s charity to help feed the hungry. It has also grown to responding to disasters such as Hurricane Michael in the panhandle in Malone Florida and feeding those without power.

Alan is a Florida native and appreciates the community that has been his home for many years. He looks forward to giving back as much as he can and sets out each day in hopes to make someone else’s day better, brighter, informed, and encouraged. 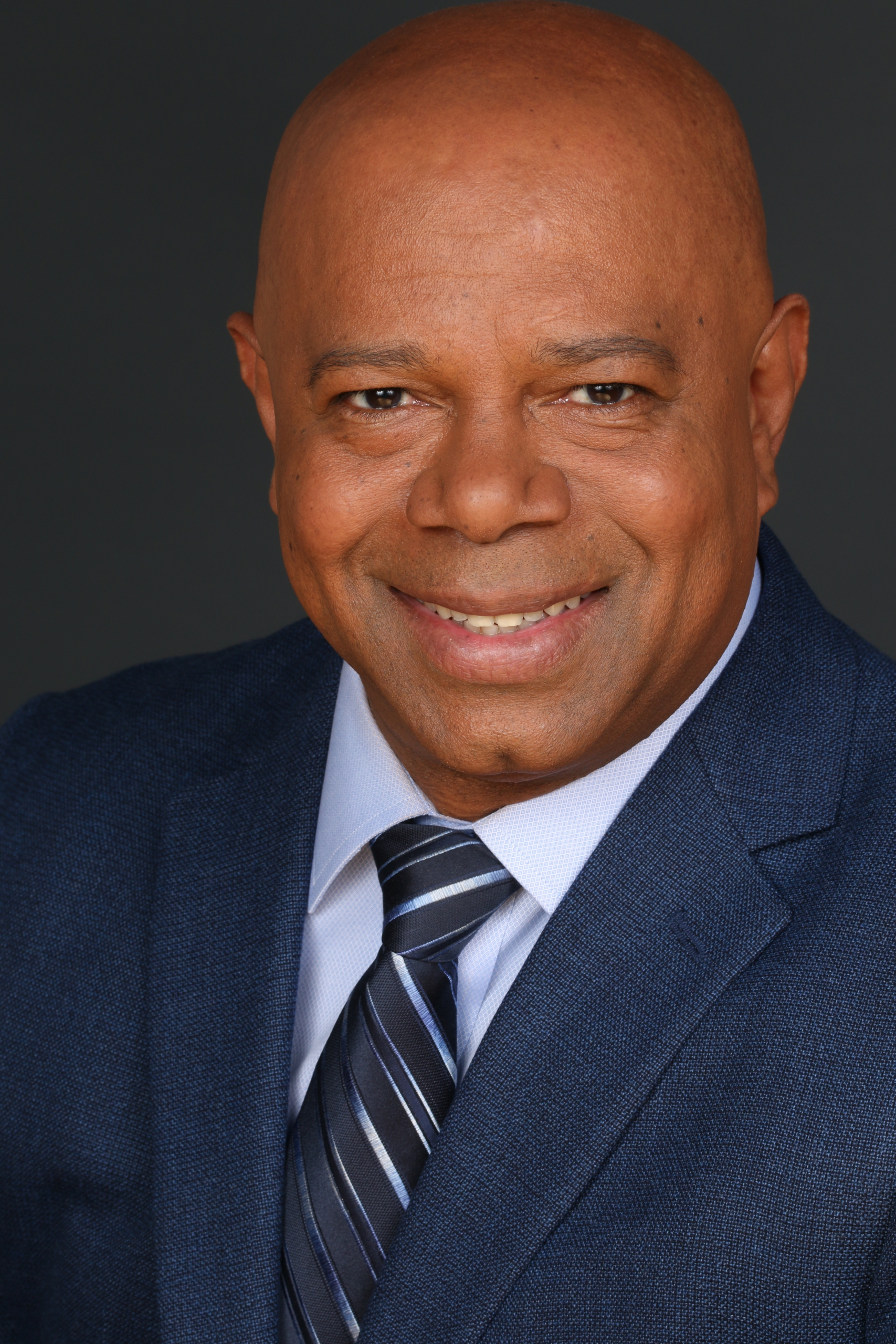 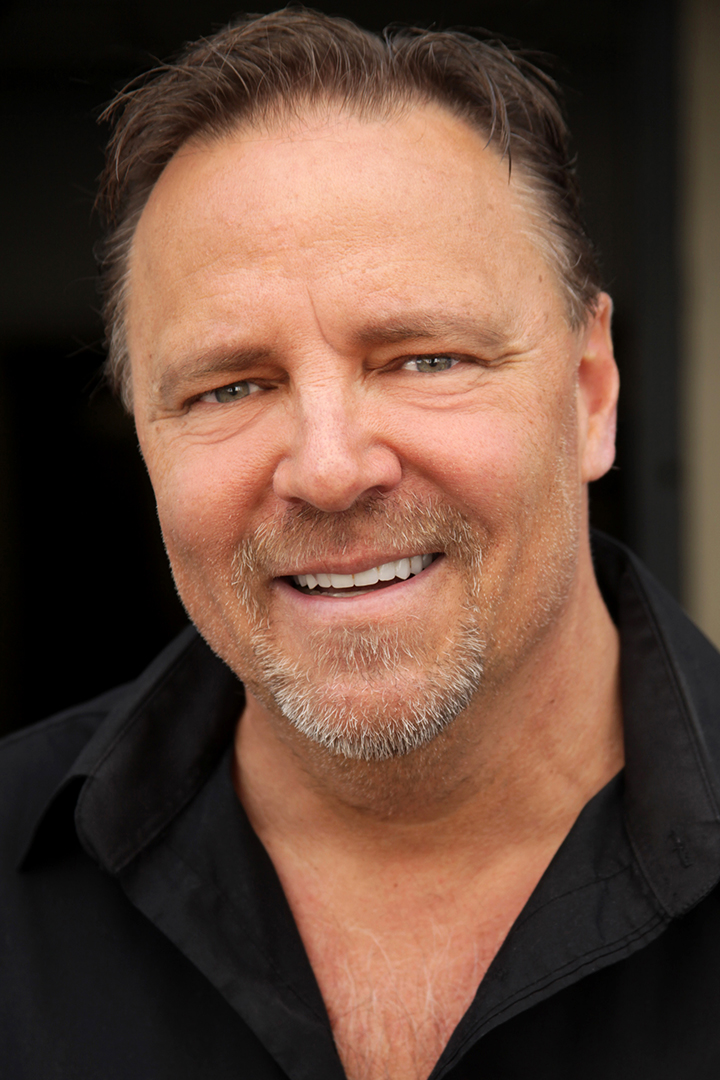 Michael Gier made a living as an entertainer for most of his life. In 2009 he started Gier Productions, LLC a full-service global production company. Over the years he’s

directed/produced hundreds of TV commercials, corporate videos, short films, feature films, and documentaries. His most recent project is the award-winning “Wounded Heroes” documentary about Veterans & 1st Responders, Post-Traumatic Stress, and the many successful alternative treatments available that give anyone battling PTS their lives back. 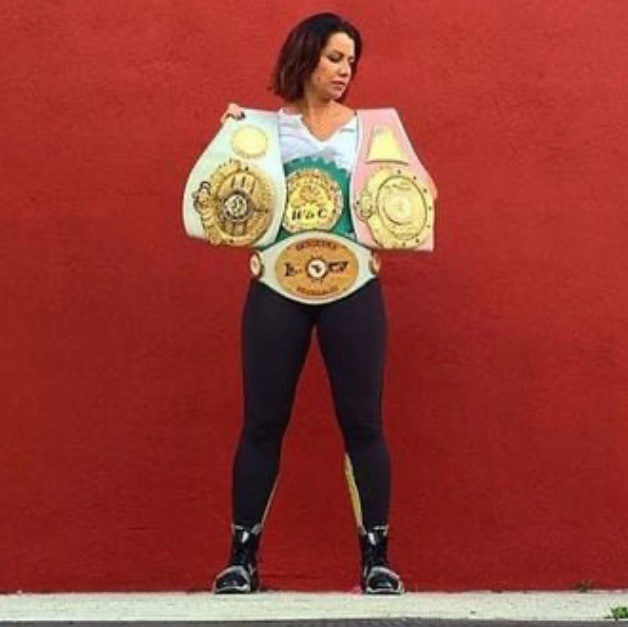 Maureen Shea is a 2 time world champion and a big supporter of veterans! Maureen has an incredible story, yet she is a determined, positive, motivated, structured, regimented woman. A successful entrepreneur, national speaker, a coach who is an inspiration to many.
Read more about her here:
http://www.womenboxing.com/biog/mshea.htm
*************** 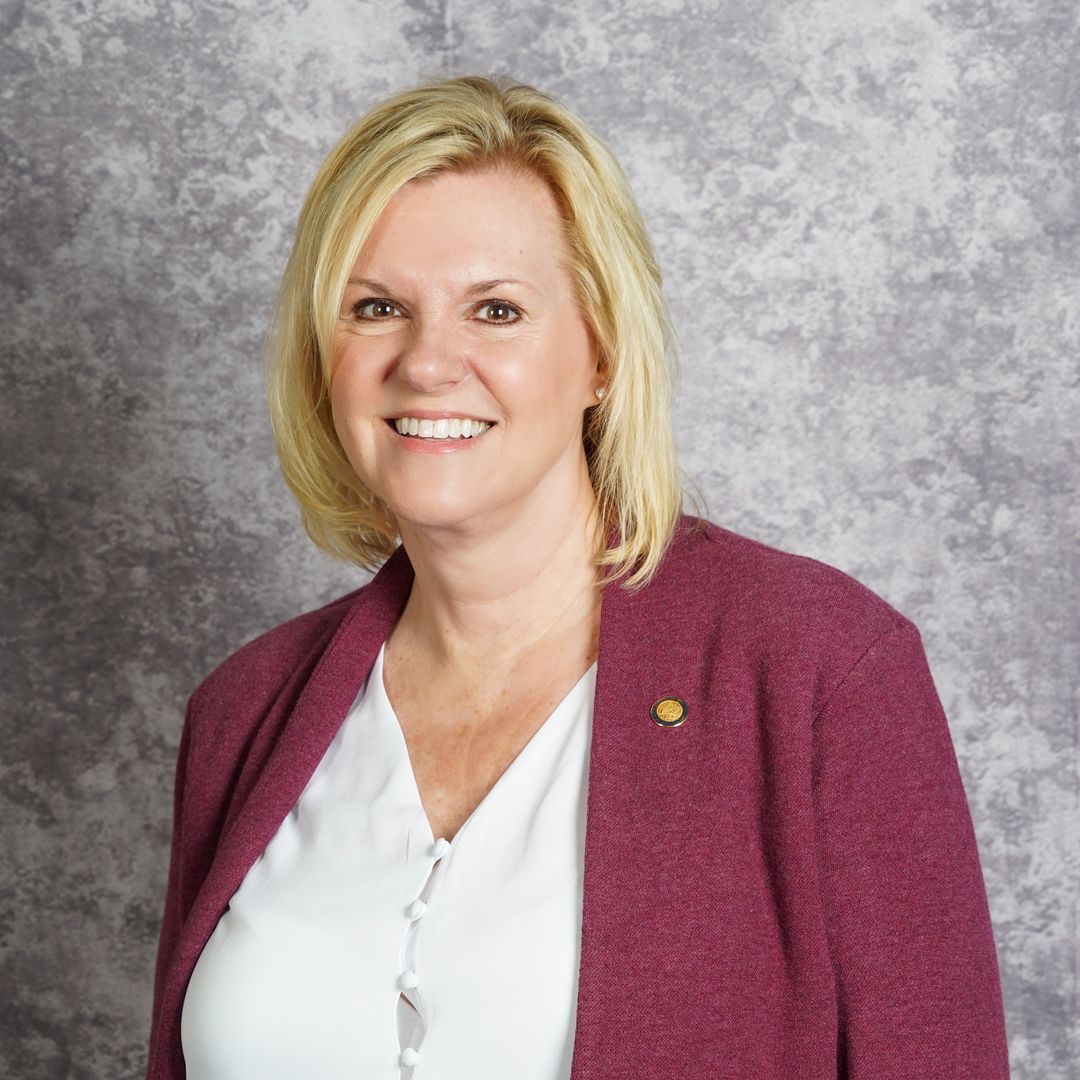 State Representative Dana Trabulsey
St. Lucie County has been my home for 29 years. Throughout that time, I’ve focused on giving back to our community and supporting small businesses and our local economy.
​
We need local leaders who can effectively advocate for solutions to our challenges. Leaders who understand the success of our economy is tied to the health of our environment and the most precious resource we can invest in is our children and their schools.
As a small business owner myself, I know firsthand just how devastating a prolonged economic shutdown can be, but I also know our best days are still ahead. It is more important than ever that we have business-minded leaders in government who can restore the promise of the American Dream and regain Florida’s economic strength.
*************** 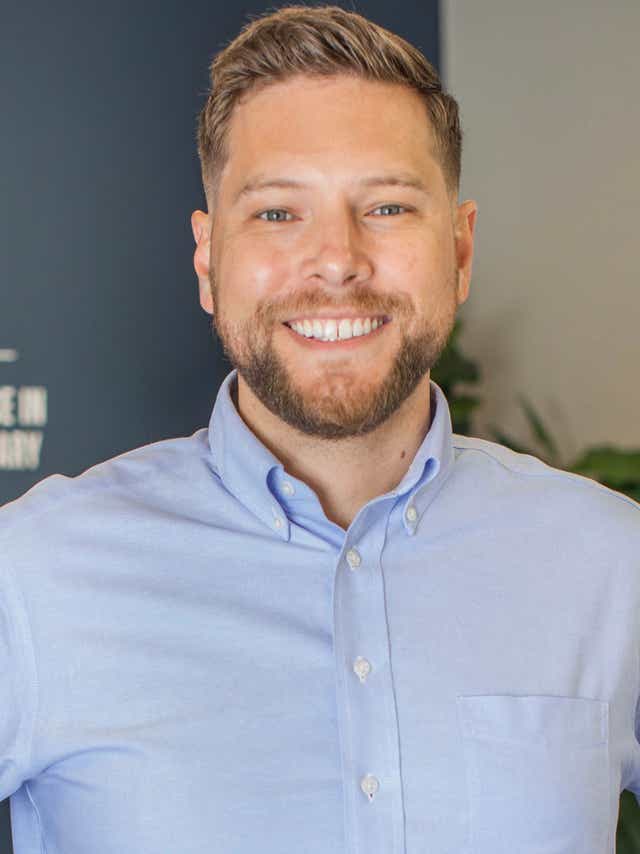 John Snyder is a Martin County native with deep roots in the community and a passion for public service. John grew up in Stuart and graduated from Hobe Sound Christian Academy. In 2007, he enlisted in the United States Marine Corps and served honorably for five years, including a deployment to Afghanistan in support of Operation Enduring Freedom. John returned to the Treasure Coast after his service in the Marine Corps where he worked full time while completing his degree.
Today, John owns a national recruiting and staffing company that he built from the ground up. As a business owner, John knows what it takes to protect, defend, and expand our business-friendly climate. As a third generation Floridian, John knows the precious value of clean water and its importance to our economy. He will fight tirelessly for veterans funding, the protection of first responders, and ways to combat the opioid crisis. We can count on John to cut taxes, empower families with options in education, stand up for the rights of the unborn, and defend the second amendment.
John and his wife Brittany have been married for over ten years and live in Palm City where they are raising their eight-year-old daughter, Elizabeth. John’s mother, Keren, is a small business owner and his father, William Snyder, is the Sheriff of Martin County. John’s siblings, David and Laura, work in law enforcement and education.
*************** 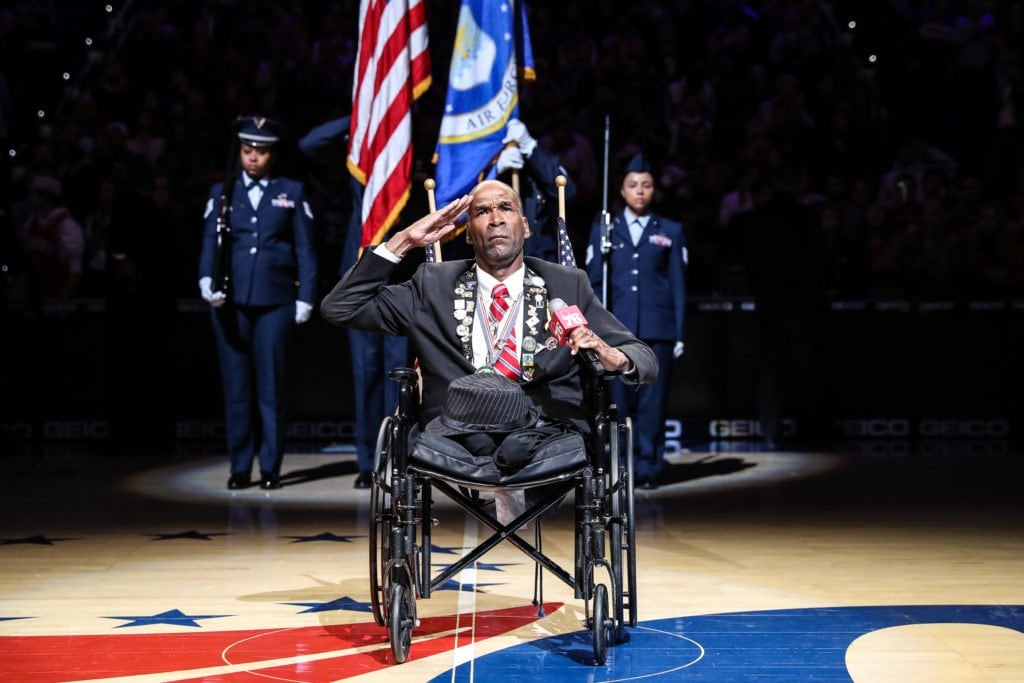 DDS4Vets is pleased to announce that Mr. Ronald Brooks will be singing the National Anthem at our Believe in the Mission Gala on October 16, 2021. Mr. Brooks has sung at the White House, Capitol, and at the 177th Fighter Wing, New Hersey National Guard flyover at the beginning of the annual State Memorial Day ceremony at the Brigadier General William C. Doyle Memorial Cemetery, Wrightstown, N.J. The ceremony culminates with the presentation of memorial wreaths by representatives of veteran service organizations. The Cemetery, dedicated in 1986, is New Jersey’s sole state-operated veterans’ cemetery and is managed by the New Jersey Department of Military and Veterans Affairs. It is the busiest state veteran cemetery in the nation, averaging more than 3,000 interments each year, and is the final resting place for more than 65,000 veterans and family members.
***************

We are pleased to announce that Richard and Daniela Del Toro will be in attendance.
Richard R. Del Toro, Jr., is the President of the Treasure Coast Hope For The Homeless Foundation and an Assistant Chief of Police at the Port St. Lucie Police Department.
In addition to his work with the Treasure Coast Hope For The Homeless Foundation, Richard is a member of the Port St. Lucie Downtown Lions Club and Vice-President of the Board of Directors for the Boys and Girls Clubs of St. Lucie County. In 2013, he was awarded the prestigious Lions Club Melvin Jones Fellowship Award in recognition of his charitable work within the community. Richard holds a Master’s Degree in Public Administration from Nova Southeastern University and is a graduate of the Florida Criminal Justice Executive Institute and the Southern Police Institute at the University of Louisville. He is also the owner of a small business, Innovative Security Consultants, which provides law enforcement consultation services to police departments around the country.
*************** 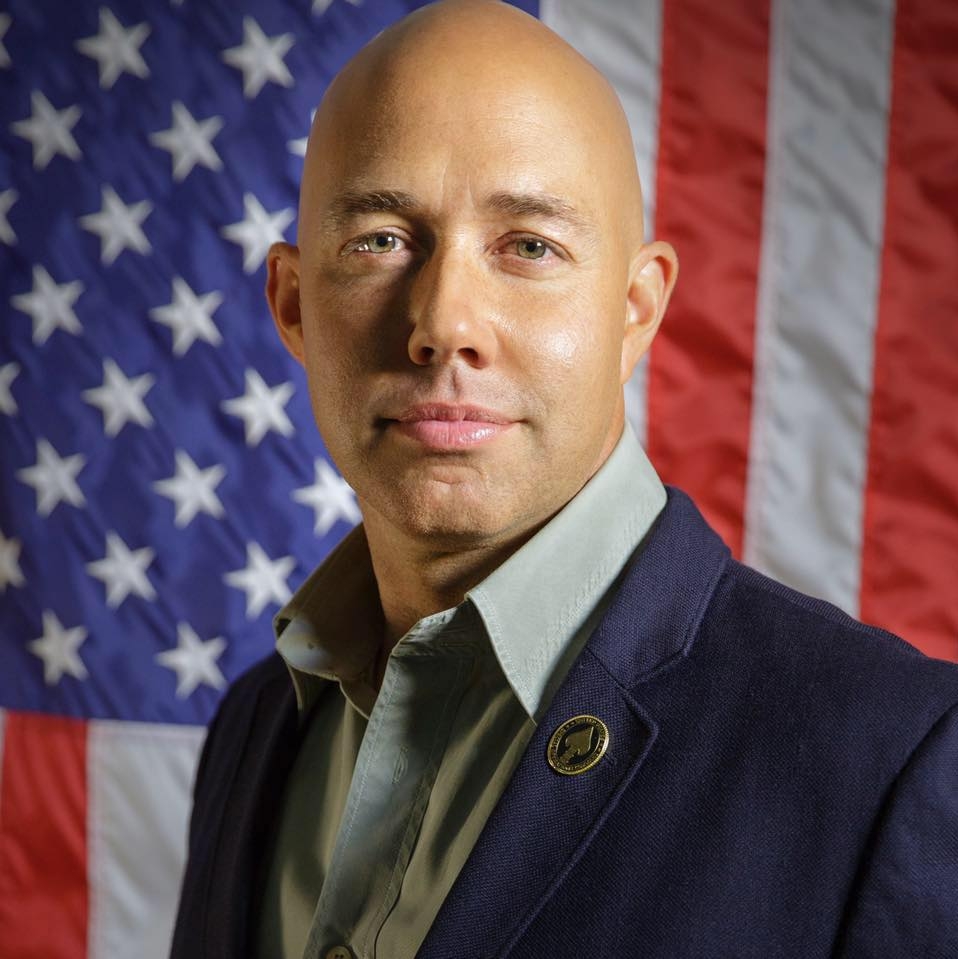 Congressman Brian Mast is in his third term representing the 18th Congressional District of Florida.

Prior to his election to Congress, Brian followed in his father’s footsteps by serving in the U.S. Army for more than 12 years, earning medals including The Bronze Star Medal, The Army Commendation Medal for Valor, The Purple Heart Medal, and The Defense Meritorious Service Medal. While deployed in Afghanistan, he worked as a bomb disposal expert under the elite Joint Special Operations Command. The last improvised explosive device that he found resulted in catastrophic injuries, which included the loss of both of his legs.

While lying in bed recovering at Walter Reed Medical Center, Brian’s father gave him advice that has stuck with him to this day–to ensure the greatest service he gave to our country and the best example he set for his children was still ahead of him. Brian took this advice to heart and dedicated himself to finding new ways to serve our country and his community.

Brian remained on active duty following the injuries and provided expertise to the National Nuclear Security Administration and the Bureau of Alcohol, Tobacco & Firearms during his recovery process. After his retirement from the Army, he continued working in counter-terrorism and national defense as an Explosive Specialist with the Department of Homeland Security. Brian subsequently received a degree from Harvard University and volunteered to serve alongside the Israel Defense Forces to show support for the freedom Israel represents throughout the Middle East and the world.

In Congress, Brian strives to serve as he did on the battlefield: without regard for personal gain or personal sacrifice. He is a member of two committees: 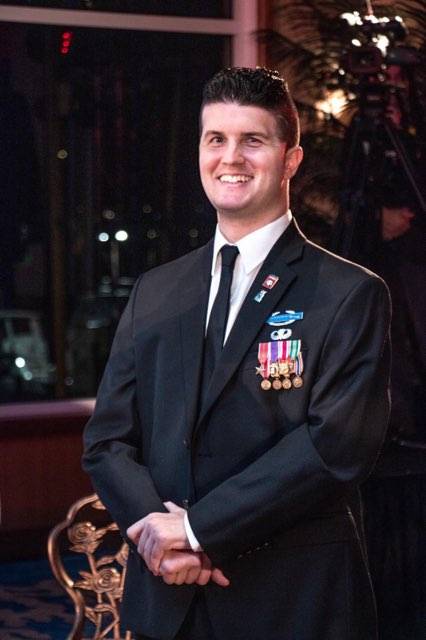 We are elated to have Vincent Brodeur attend the Gala. Severely injured, in a coma for a year, Spaulding Rehab in Boston saved his life and got him out of the year-long coma. It was a personal family battle against the VA, DOD, and Army to save his life and give quality care for other veterans with catastrophic injuries. Jeff and his parents are the ones who were able to set up the TRICARE contract with Spaulding Rehabilitation in Boston. 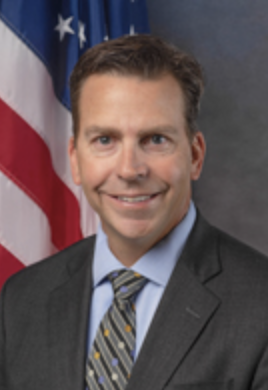 Toby Overdorf is a Member of the Florida House of Representatives
from the 83rd district.

Tobin Rogers “Toby” Overdorf (born May 6, 1969) is a Republican member of the Florida Legislature representing the state’s 83rd House district, which includes parts of Martin and St. Lucie counties.A native of Rhode Island, Overdorf moved to Florida in 1992[1] the day after Hurricane Andrew. He worked as a marine scientist in Big Pine Key before going to graduate school at Florida Atlantic University (FAU).[2] While in graduate school he worked as a graduate assistant for the South Florida Water Management District (SFWMD) and completed his thesis entitled, “Floodplain Fish of the Kissimmee River, Prior to Proposed Restoration.[1]” He went on to found his own company, Crossroads Environmental and later merged with Engineering Design and Construction, Inc. 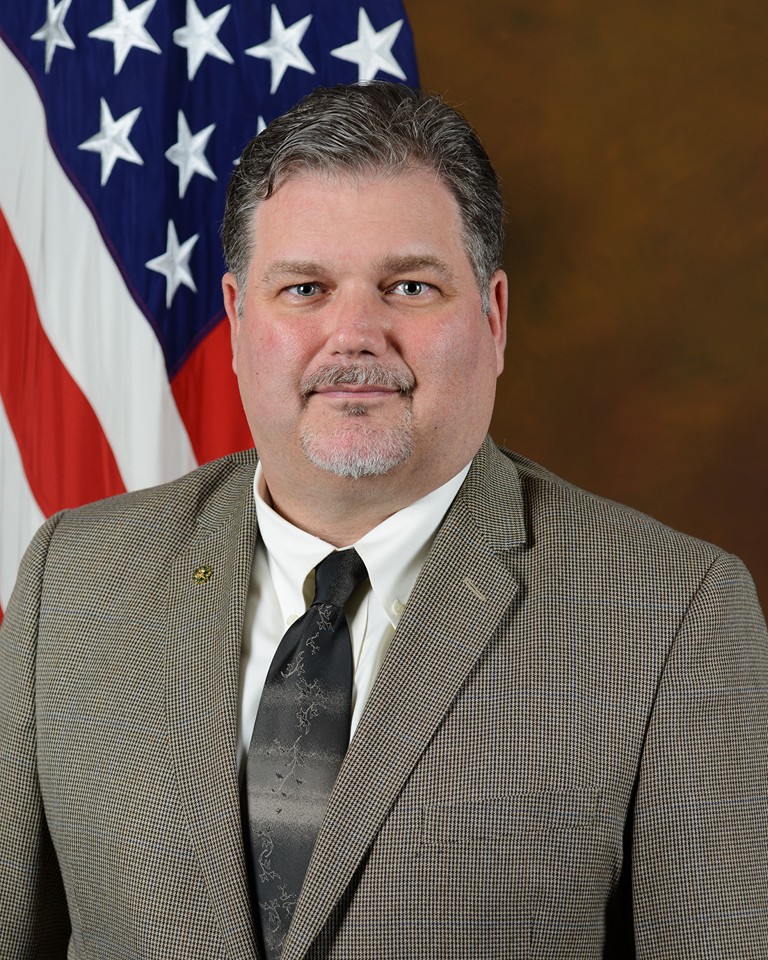 As the Compensation and Pension (C&P) Deputy Product Line Director provide product line management and oversight to the Product Line Director for 4 Product Lines and 22 systems. In this role I functionally manage project/program staff, budget, actions as well as directing the 4 PLM’s, and multiple other functions to include execution of directed strategic initiatives.

The C&P Product Line has over 350 personnel (government and contractor combined) and an annual operating budget (development and sustainment) of over $50M. Lead portfolio management staff, PLM support in planning, execution, monitoring and oversight for all IT initiatives. Ensure alignment of execution with VA Secretaries, CIO and VBA priorities and strategic goals.

In this capacity responsibilities also include transition to Scaled Agile Framework (SAFe) and DevSecOps and acting as the OI&T Senior Executive Service (SES) executive with direct report to the VA CIO and Veterans Benefits Administration (VBA) Undersecretary in support of a directed Pension Automation initiative.

Responsible for ensuring projects are on cost, scope, schedule and executing to organizational priorities, while also focusing on the move to full DevSecOps, while changing the culture, budget, acquisition and planning strategies to match the new organizational processes. Weekly review of all project reports and reports that go to the Higher Leadership and offices, conduct multiple internal reviews per week as well as a weekly Pension Automation Executive Steering Committee (ESC) with the CIO and Under Secretary for Benefits.