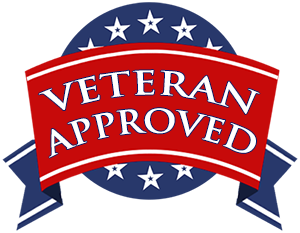 OUR MISSION IS BRINGING POSITIVE, LASTING SOLUTIONS TO OUR MILITARY VETERANS AND THEIR FAMILIES.

Do not try to change you

Aspire to improve your life

Place you as a priority

Are bigger than you or me

Put your goals and family first

Do not keep score

Are a healthy mission

For Military Veterans, Shelter Dogs Are A Means To A Friend.

There can be an awful sense of alienation and loss when a veteran returns home from service. There may be a feeling of lack of purpose and structure, which can lead to depression. A 2014 study found that suicide rates were 22 percent higher among U.S. veterans than the adult population overall. And while there is a wealth of anecdotal evidence about service dogs easing the symptoms of PTSD—which is thought to afflict around 10 to 18 percent of those returning from Iraq and Afghanistan, there’s an increasing amount of hard evidence, too. A recent Purdue University study found that of veterans with PTSD, those with service dogs had lower levels of depression and lower levels of social isolation.