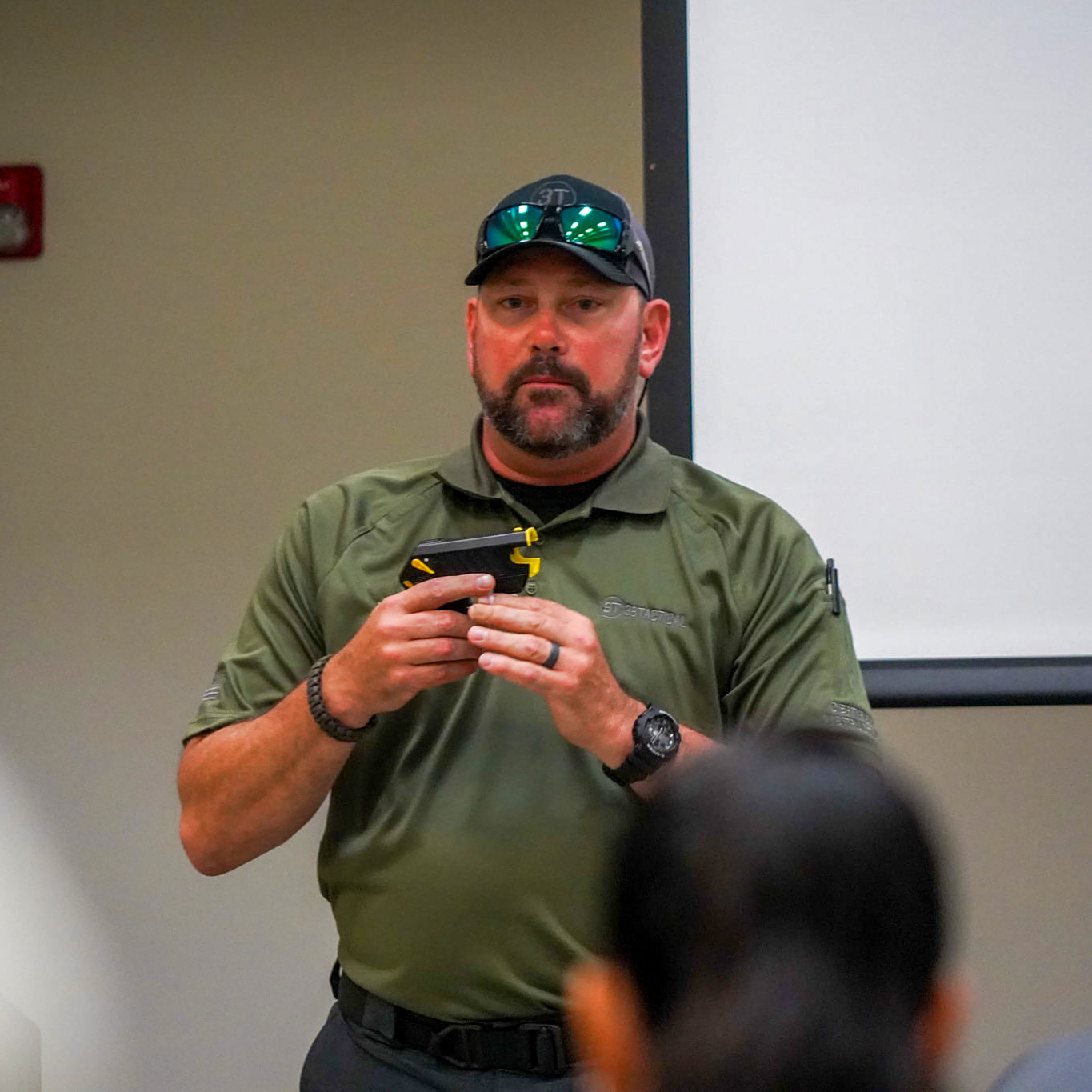 Michael Colton will help review, screen veteran/First Responder Applicants who request a fully working service dog. He also will assist in paring the dog with the applicant. We are truly blessed to have Mike who is indeed the Best of the Best which is exactly what our Veterans and First Responders deserve! Please help me welcome Mike!

Mike has served residents throughout St Lucie County as a law enforcement officer for more than 33 years. 24 of those years were spent handling and training Police Service Dogs for two different agencies.  Mike has had the privilege of working with 4 patrol dogs: Cello, Vasko, Pino and Dany, as well as a Bloodhound – Nash.  Mike is a State of Florida, CJSTC certified Patrol K9 Team Trainer.  He also achieved trainer and evaluator credentials with the National Police Canine Association (NPCA) as a patrol, detection and tracking instructor and evaluator and the U.S. Bureau of Alcohol, Tobacco, Firearms and Explosives (ATFE) as an explosive’s odor detection K9 Team trainer/evaluator.  He was one of the initial K9 trainers who spent 2 weeks in Front Royal, VA at the ATFE training center assisting in the development of the National Force Multiplier Explosives Odor Detection Canine certification program.  Mike has helped train hundreds of PSDs nationally and internationally, while serving as a trainer and the Southeast Regional Director with the NPCA and owner of Treasure Coast Canine Services.  He has had several articles published in Police K-9 Magazine and lectured at two H.I.T.S. K-9 Training Conferences (Louisville, KY and Seattle, WA.  Mike has travelled to Rio Claro, Brazil where he conducted a weeklong training conference for several local municipal and private security K9 teams. He has also achieved evaluator credentials with the National Entomology Scent Detection Canine Association (NESDCA) where he evaluated pest detection K9 teams, for termite, and bedbug odor detection.  Mike graduated from the Penn Foster Dog Obedience Trainer/Instructor Course and is a former AKC Canine Good Citizen evaluator.

Now in retirement, he looks to continue helping his fellow residents by providing training options so they can learn survival skills and develop a survival attitude to help them through these uncertain times. Mike began his training career as a young officer in the early ’90s by training newly hired officers as they came through the Field Training Officer program. He went on to serve as an agency instructor in firearms, defensive tactics, defensive driving, and emergency vehicle operations, patrol procedures, active shooter response, and K-9. Mike was a member of SWAT and graduated from the prestigious Metro-Dade Basic Special Response Team Academy. Mike has worked as a Field Training Officer, In-service Instructor, SWAT member, VICE and Street Crimes Investigator, Auto Theft and General Assignment Detective, Recruiter, Underwater Search and Recovery Team member, Traffic Crash Review Board member, K-9 Handler and Trainer and Acting Supervisor. He has received numerous awards including two-time 100 Club Law Enforcement Officer of the Year, Officer of the Year, Officer of the Quarter, Combat Cross, Meritorious Service, Exceptional Duty, and the ASIS Joe Crowder K9 Achievement Award, among many others.

Check him out at www.33-tactical.com

Matthew was a US Navy Diver and was involved in an unfortunate accident. He suffered paralysis from the chest area down. For the last two years, he has been the K9 Advocacy Specialist for DDS4VETS and his primary purpose is training service dogs for disabled veterans. His newest endeavor is real estate. He hopes to help military veterans and supporters looking for a home in beautiful South Florida. Since his injury, he continues to water-ski,-snow ski, hand-cycle in marathons, with no plans to stop. 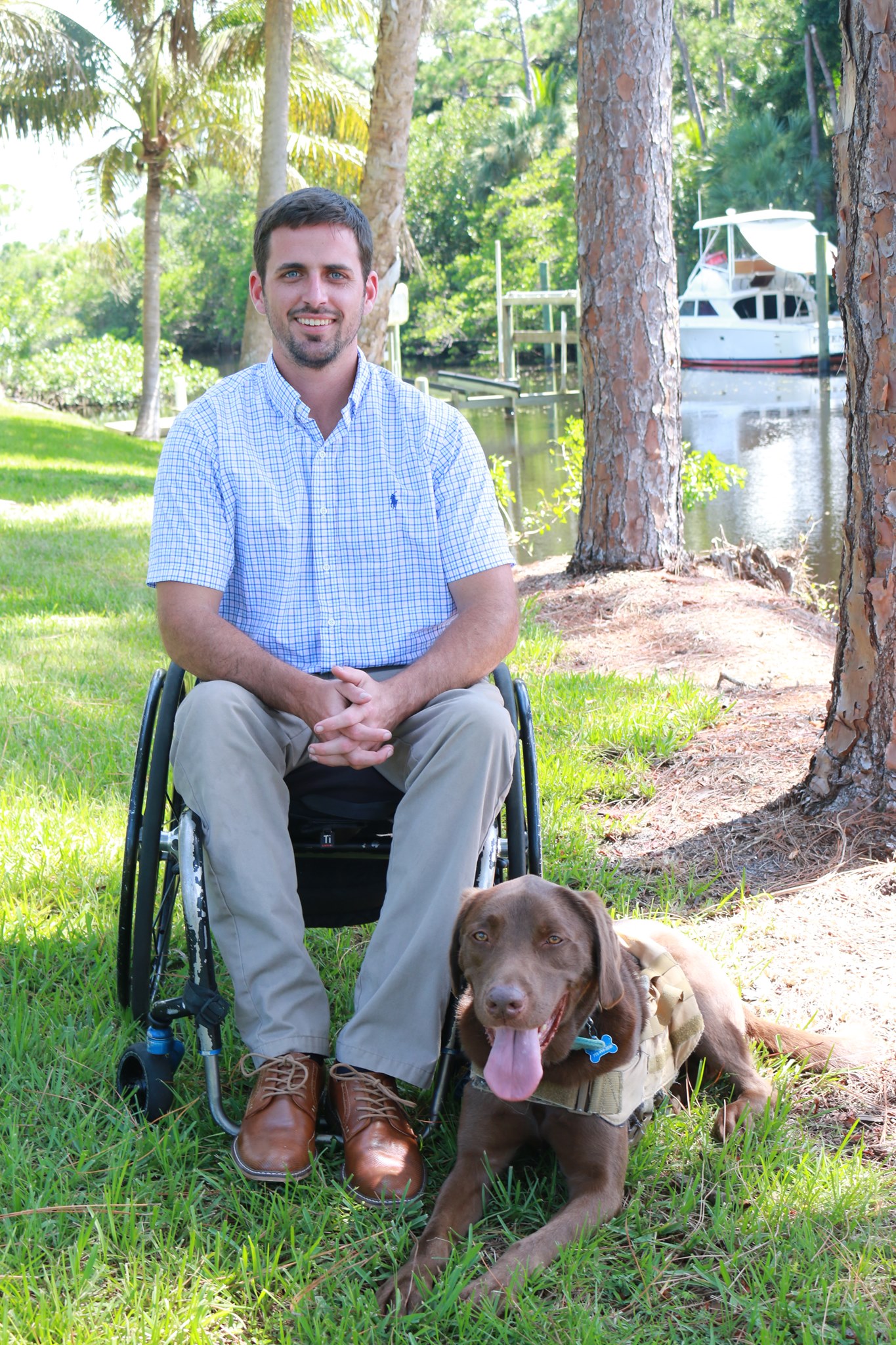 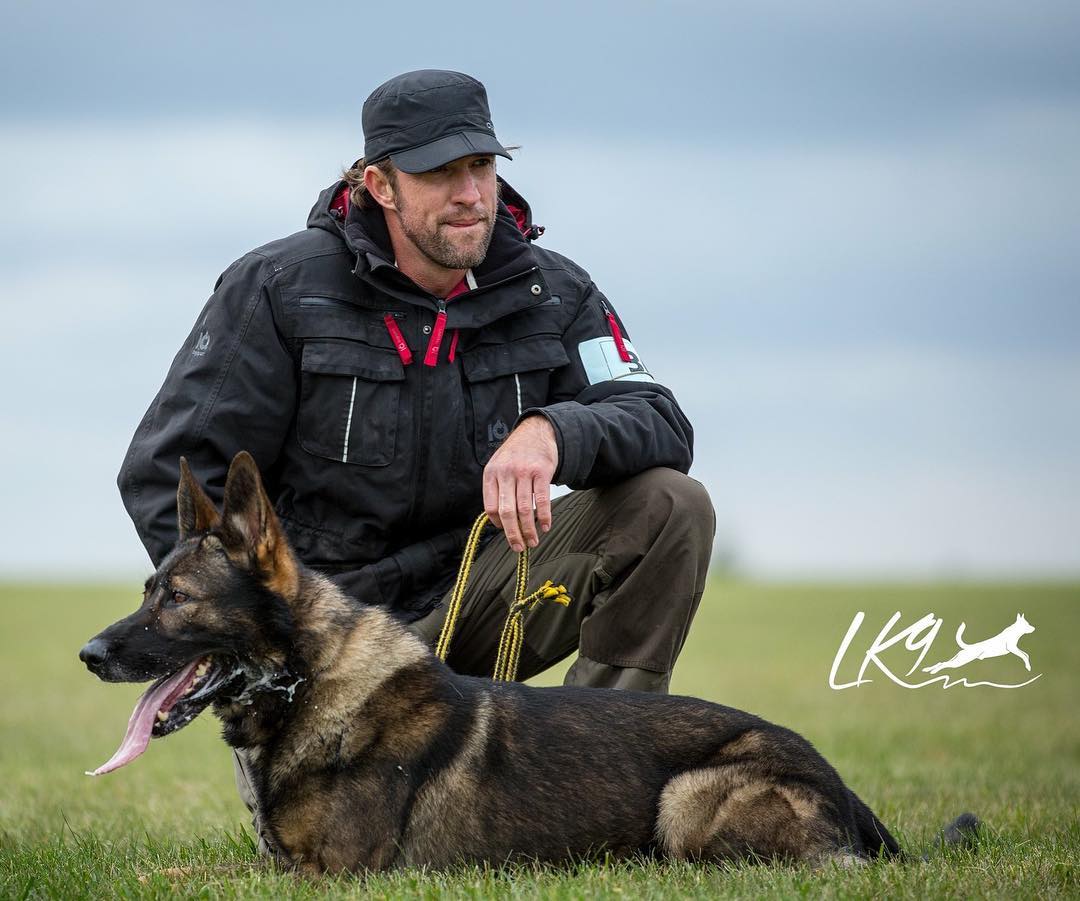 Michael Lorraine has been training dogs professionally for over 20 years. In 1998 Mike graduated from the National K9 School for Dog Trainers, in Columbus Ohio. This marked the inception of his 20 plus year career training thousands of dogs in multiple disciplines. Mike has trained service dogs, police K9, Search and Rescue dogs, top-level biting sport dogs, as well as personal protection dogs. What really separates Mike from the herd is his involvement and success in the European dog sport commonly known as Schutzhund. Schutzhund is a three-phase sport that tests the dog and handler teams in tracking, obedience, and protection. The dog and handler teams have to travel all over the US and Europe to compete at the highest level of Schutzhund III. To say the sport is challenging is an understatement. The LK9 difference rests in the fact that the most modern and advanced dog training principles come from this highly competitive world. Mike has created a system that takes these cutting-edge techniques and applies them to your best friend.